Time Management — Your Most Valuable Asset as a Solopreneur 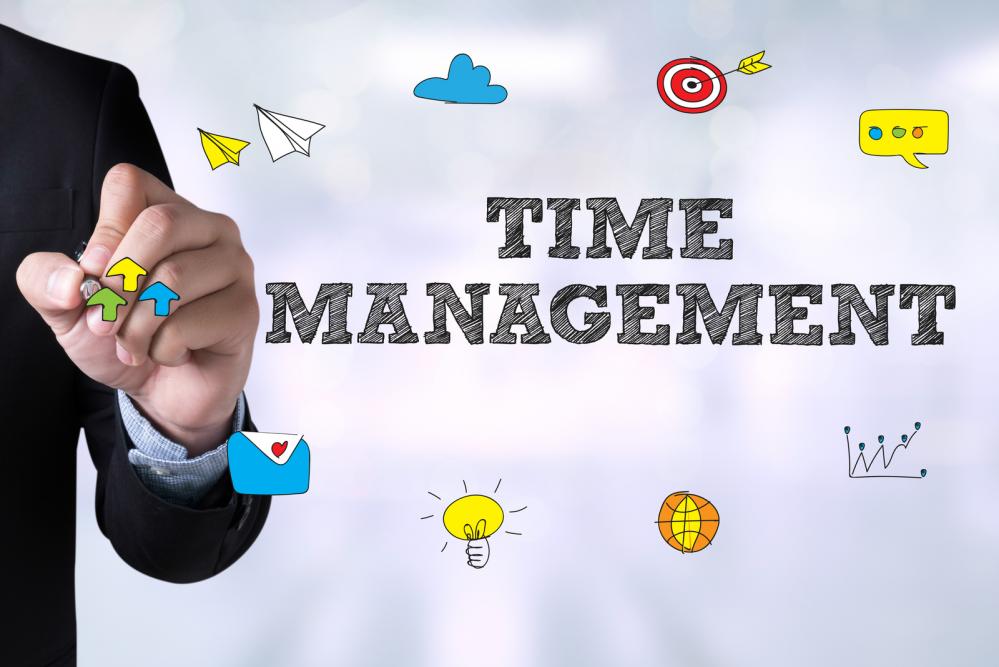 Let me start with a story about an old friend of mine. For now, let’s call him Jason, so I don’t embarrass him….

Jason is a talented guy but terrible at time management.

Maybe you know someone like him — you know the type; only jumps into action when client deadlines are looming or, even worse, after clients have asked “where’s my stuff?!”.

He often works 90-hour weeks but is somehow always chasing his tail trying to get things finished, even when he doesn’t have a lot of work to do.

So let’s break-down what he does (or doesn’t do, more accurately!) and how this affects his business. You’ll see how he could potentially transform his 90 hour weeks into 30 hour weeks with just a few easy tweaks, and improve his quality output at the same time!

And if you see any of yourself in his story, you might even learn a few useful things. If nothing else, these will be great reminders…

1. He didn’t use Eisenhower’s Decision Matrix
(heck, he didn’t even know what it was!)

The Decision Matrix was named after U.S. President Dwight D. Eisenhower, who was famous for saying…

Every task is evaluated based on the two axes: important/unimportant and urgent/not urgent. There are different rules for each type of task. For example, if a task is urgent but unimportant then it should be delegated to someone else. 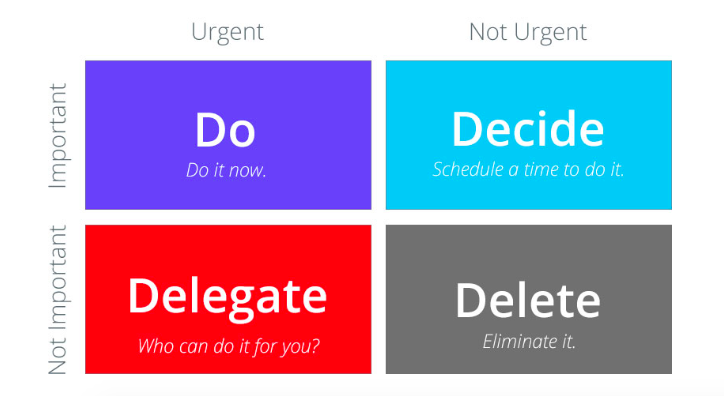 Anyway, the point is that Jason never categorized his tasks. As a result much of his day was filled with unimportant, time-wasters that he could have either delegated or, better still, eliminated completely.

Two simple questions, asked prior to any new task, would help him categorize, prioritize and become immeasurably more productive:

First, if Jason completely eliminated most of his non-urgent/unimportant tasks, he would possibly free up almost a third of his week immediately. Admittedly Jason is an extreme case, and I’m sure you’re nowhere near as distracted as he is, but it definitely pays to review how you spend your time and make a commitment to avoid these sorts of tasks like personal social media, general Youtube/TV watching and purposeless internet surfing.

If you see social media as an important part of your marketing mix (which, these days, it can be), then consider setting aside a specific time each week to create and schedule your posts in bulk. Alternately (and preferably), create clear guidelines for what, how and when to post and then completely delegate this task out so you don’t even have to think about it.

For solopreneurs like Jason who have always worked by themselves, the idea of delegation can be an immediate roadblock. But this problem is easily solved by hiring a virtual assistant (VA) — so that should be top of your list of to-dos if you haven’t hired a VA already. Figure out roughly how much time your urgent-but-unimportant work should take each week and hire a low-cost VA to handle it. For example, you can often get a fluent English-speaking VA from the Philippines for less than $10/hour who can efficiently handle the vast majority of your simple tasks. In Jason’s case, this one strategy alone would have saved him upwards of 15 hours per week.

2. He was a chronic multi-tasker.

Some people say they can effectively multitask. Personally I think that’s rubbish. Aside from drinking coffee while you read your emails or running while you listen to an audiobook, there are very few important tasks you can effectively do in parallel. Mostly it just dilutes your quality and capacity.

Jason’s day often included checking email in the middle of project work, scanning Facebook whilst sketching new concepts, taking personal calls whilst writing proposals and more. What a mess! It’s no wonder project work would often take him twice or three times as long as he anticipated (leaving clients bewildered at ongoing delays).

Focusing only on the task at hand and scheduling both calls and emails for just a couple of short time-slots in the day (refer back to Eisenhower’s Decision Matrix) would easily save Jason at least another 10 hours per week.

3. He hardly ever took breaks.

It seems totally counter-intuitive, but taking quality short breaks actually ends up giving you more time, not less — because your work time becomes more focused and efficient. Jason felt that he didn’t have time to take breaks, but as a result, would often suffer the dreary onset of “brain fog” from spending too long in front of his laptop screen.

The ironic part is that Jason would occasionally drift into non-work activities on his laptop, thinking he was having a break. But there’s nothing refreshing about that kind of “break”.

Getting away from your screen for a few minutes each hour, and then a more significant break (preferably with some exercise — even a walk around the block is good) every 3 hours, will significantly improve your mental clarity and also your overall energy and enjoyment levels. I’d guess this simple tip would dramatically increase Jason’s productivity and save him a minimum of 5 hours each week, if not more.

To Jason’s credit, he did make to-do lists, and occasionally they were even prioritized (although not strictly according to the Eisenhower Decision Matrix). However, due to multitasking and the many low-priority distractions that occurred during his typical day, these to-dos rarely made a difference.

Spending a little time each day scheduling specific times (and rigidly sticking to these times!) for important tasks not only helps to make those times much more focussed, but also ensures that important tasks don’t get forgotten or simply missed due to so much time being eaten up with distractions.

It’s also important to note that, according to Parkinson’s Law, “work expands to fill the time available for its completion” so don’t be overly generous in the time allowed for each task.

I’d bet that putting strict scheduling into action would save Jason another 5 hours per week easily. Plus, it’d ensure that his project work was done on time (much to the relief of his clients no doubt!). Sure, sometimes unavoidable things get in the way, but if you remember the Eisenhower Decision Matrix, this will be much less likely.

Jason could potentially reduce his work-week by two thirds with these simple tweaks, have more time for income-generating actions AND be able to improve the quality, efficiency and timeliness of his client work as well. So I’m sure you can now see how important good time-management is for solopreneurs (or anyone for that matter!).

How much time do you think YOU could save each week using these tips?

I hope this been a good reminder for you, and if you know anyone like Jason, please be sure to share this with them!

Are You Ready to Team-Up & Grow Faster?