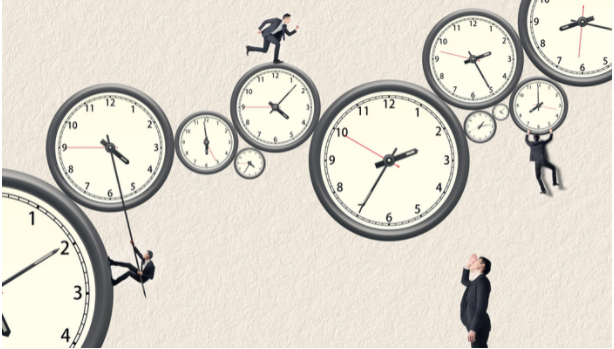 Often we think they must work harder, or longer, to do a job better. It is better to work smarter, getting more quality work done in a less amount of time, to get the most out of your work.

Work does expand to fill the time. Parkinson’s Law: “Work expands so as to fill the time available for its completion.” If you have six hours to do a job, that is how long it will take. If you have three hours, then it will take three hours. Instead of seeing this as a negative, realize you can get positive results here by setting goals. Parkinson’s law is just the other side of the coin of setting goals, and a lot of people say goals are the key to success.

We should also keep in mind that this is not magic. You cannot make a week long project take 10 minutes, just be saying you have 10 minutes. But the problem often is that people make things more complicated than they need to be, or they procrastinate. All of this raises the level of stress, and that also hurts efficiency. Parkinson found that even a series of simple tasks increased in complexity to fill up the time allotted to it. As the length of time allocated to a task became shorter, the task became simpler and easier to solve.

The truth is, you don’t know how fast a job can get done until you test this principle. For instance, if you spend two hours working on email every day, set a deadline of one hour instead. See if you can get it done, and chances are you will. At some point, you will reach the point of maximum efficiency.

Juliana was taking a trip to Thailand for a week of vacation. The week leading up to that was her most productive week. Part of that may have been excitement, but part of it was she needed to get all of her work done before the vacation.

Set a deadline with a penalty

Petia had a set amount of time to get a Huffington Post article done, and if it were not done, would have to pay a $500 penalty. That may be a steep penalty, but it did get done and she did not procrastinate as usual. You can also do the reverse. Give yourself a reward for reaching your goal.

A mom and business owner, Dabney, wanted to get her writing done before her son came back from school. By focusing on this as a goal, she managed to get the writing one on time.

It can take some getting used to, but setting deadlines for tasks, and then taking that deadline seriously, will reduce the time it takes to get things done. You may be surprised at what you can accomplish. Of course, you still need to pay attention to quality. Don’t blaze through things so fast that you make silly mistakes.

The overarching lesson from Parkinson’s Law is that restrictions can create freedom. The point is to see how fast any task can get done, but do not let quality suffer. Your three-hour task might be cut to two fairly easily, and you might even be able to get it down to one hour. Discovering how well you can do a job is the benefit of Parkinson’s Law.

Are You Ready to Team-Up & Grow Faster?